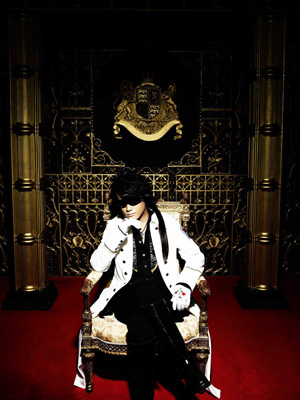 Sound Horizon （サウンドホライズン） is a group of Japanese artists who are supervised by the band's creator Revo (lyricist, composer, arranger). Often abbreviated as SH or サンホラ (SanHora), Sound Horizon’s main goal is to express fantasy stories with music. Each member is selected for whatever album or story they're needed in. There can be any number of narrators and vocalists, and they can be of any gender, sexuality, or ethnicity. By using lyrics, melodies, narration, sound effects, and visuals, Sound Horizon presents a whole new world for the listener to explore. Their job can be summed up as "story music" but their reach goes far beyond this. Each song is compiled into albums or singles, linking them together with overarching stories, themes, and concepts. The base of any SH album asks the observer various questions that relate to the human experience; Life and death, love and hatred, joy and sorrow, all concepts that become more and more deep and profound with every listen.

The reach of the stories created by Revo doesn't just end with sound. Lives, novels, mangas, and even the CD packaging play a vital role in one's interpretation of his stories. Stage performances provide a whole new way to experience the world of Sound Horizon. There are various types of concerts held by SH. "Story Concerts" are held whenever a new Story CD Album is released and are intended to reenact Revo's "Story Music" in a staged performance. Another type of concert is the "Great Territorial Expansion" live tours (See Sound Horizon Kingdom). During the concert, the entire venue (and sometimes, the entire city) is transformed into a physical addition to a fictitious "kingdom" to further bring audience members closer to the music and each other. Because of this Sound Horizon has become an all-encompassing experience; something that combines various mediums of art to provide a completely unique interaction between the listener and Revo's work. Mangas and novelizations have been created based off of Sound Horizon's stories. While these are not canonical (though all interpretations are valid), they provide different interpretations for Revo's worlds (See Media Mix). All of the CD art for Sound Horizon has been illustrated by Yokoyan, who paints a vivid and essential element in helping guide the listener through the fantastical world of SH. For more info, see Sound Horizon Glossary

Sound Horizon first began as a website in the mid-90’s entitled “Sound-Horizon”. Published under the pseudonym “G.Revo”. Revo released original songs and covers of JRPG and video game soundtracks with some of them containing lyrical poems to accompany them.

In 2001, Revo released 1st Story CD “Chronicle” at Yoyokan’s booth during the 61st Comic Market doujin circle. SH continued to release doujin albums until 2004 with the release of “Elysion −楽園への前奏曲−” marking their Major Debut. This album was released under Bellwood Records and contained music from their doujin albums as well as two songs to be featured later on “Elysion ～楽園幻想物語組曲～”. When “少年は剣を…”, the band’s first Maxi Single, was released a musical shift was apparent. Fans call everything before 少年は剣を… as “The First Era”, and everything following that as “The Second Era”. This is because the band’s lead vocalist Aramary departed from the band in 2005, being replaced with KAORI, REMI, YUUKI, and RIKKI. The band continued to release Story CDs and Singles with their 2006 5th Story CD “Roman” being released under KING RECORDS. Revo continued releasing Sound Horizon CDs under KING RECORDS until 2013 with the release of “ハロウィンと夜の物語” , their fourth single, under the label Pony Canyon. In 2014, various releases were announced to celebrate Sound Horizon's 10th commercial release anniversary, including Sound Horizon Treasured Blu-ray & DVD 『The Assorted Horizons』, いずれ滅びゆく星の煌めき（ヴァニシング·スターライト）, and various manga adaptations and novelizations of their works. The 10th Anniversary celebration was extended into 2015 with Nein and 9th Story Concert 『Nein』～西洋骨董屋根裏堂へようこそ～ finalizing the celebration releases. For their 15th Anniversary a special website was created and the Around 15th Anniversary project was announced. On May 22nd, 2020 the production of remastered UHQCDs was announced for all 11 studio albums releases since Elysion −楽園への前奏曲−.

※Revo is the only current official member of Sound Horizon, however, many artists and musicians have made repeat appearances.